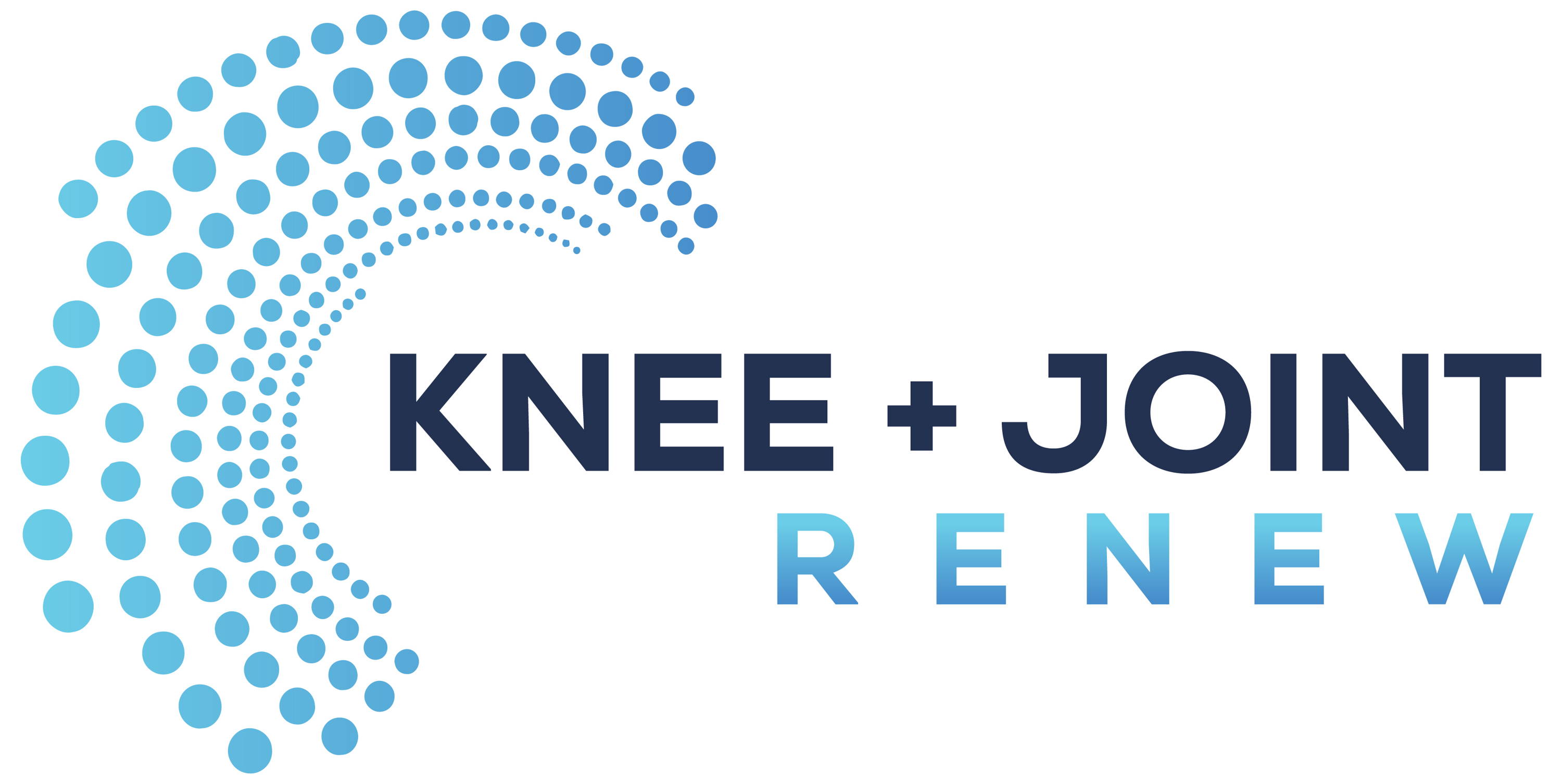 Experts: Joint pain is NOT a normal part of the aging process

And why they're saying you shouldn't just "live with it"

It all happened a lot sooner than I expected.

Honestly, I was little embarrassed.

There I was – an otherwise healthy 52-year-old listening to my doctor tell me that the “fire” in my left knee was joint pain.

And that it was just a normal part of the aging process.

I mean, I expected at some point maybe 20 years down the road my joints would start to give out.

But I didn’t expect it to happen so young.

Heck, I still had a daughter in high school.

And yet, there I was being prescribed prescription strength ibuprofen and being told that this was my life now.

And I went along with it.

My entire life, I’ve been told to expect it.

That the “wear and tear” would eventually catch up to me.

That the aches and pains would stick around longer.

That my joints would stiffen up.

And I bought it hook, line and sinker.

And I would’ve have continued to live out my golden years just grinning and bearing it had I not “accidentally” stumbled across some interesting research out of Wake Forest University.

You see, I was doing research for my line of Nerve Renew supplements…

And I “accidentally” discovered the experts that actually study joint health were saying that joint pain is NOT a normal part of the aging process.

And that the belief that it’s just “part of life” was condemning an entire generation of baby boomers like myself to a life of pain and immobility.

So my ears perked up and I did some more digging.

And what I found went against everything I’d been told to that point.

Sure, aging can contribute to joint pain and stiffness…

…but according to new research, the real cause has nothing to do with how old you are.

And more importantly, there’s a way to improve your joint health so that you can feel like you did 10, 20, even 30 years ago.

The old way of thinking says that joint pain in people over 50 is a result of “wear and tear”.

…and that overtime, like the tires on a care, they wear thin.

But that’s not necessarily true.

At least according to the experts.

The truth is that you’re not doomed to a life of pain and immobility just because you’re getting older.

And according to scientific research, there are three specific ingredients you should be taking for joint health.

These 3 ingredients allow your body to regrow joint cartilage, replace fluid in the joints, relieve pain or stiffness, and improve mobility.

But most joint supplements aren’t using all of them.

And the few that do are skimping by using less effective "knock-off" ingredients to lower their costs (but they'll still charge you for premium prices). 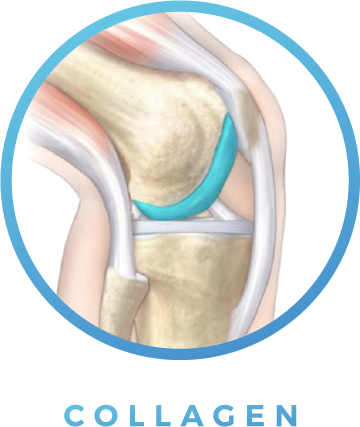 UC-II® is a patented undenatured type II collagen made by Inter Health which is now part of Lonza. Collagen is the main structural component of the various connective tissues in humans, including tendons, ligaments, cartilage and skin. Type II collagen makes up 50% of all protein in cartilage and have been studied in relation to joint health.

A published 2016 study compared UC-II® against glucosamine and chondroitin in 191 subjects 40-75 years old with moderate to severe knee soreness for at least 3 months. Subjects consumed either 40 mg of UC-II®, a combination of 1500mg/day of glucosamine and 12oomg/day of chondroitin (G+C), or placebo for 180 days.

This 180 day randomized, double-blind trial of 191 subjects suffering from stiff, sore knees showed that UC-II is effective, resulting in significant reduction in discomfort during daily activities. The study concluded UC-II significant improved knee function compared to placebo and compared to G+C, and was well-tolerated. 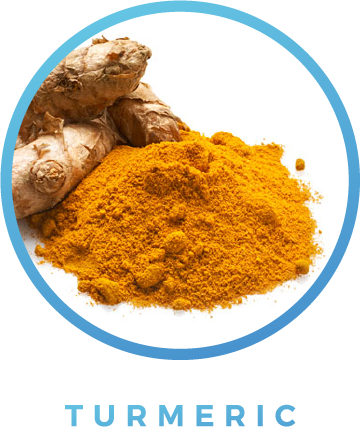 Meriva® is patented formulation of curcumin made by Indena. An innovative phytosome that combines curcumin with a phospholipid, so it passes through cell membranes more easily, making it nearly 30 times more bioavailable than traditional curcumin preparations. 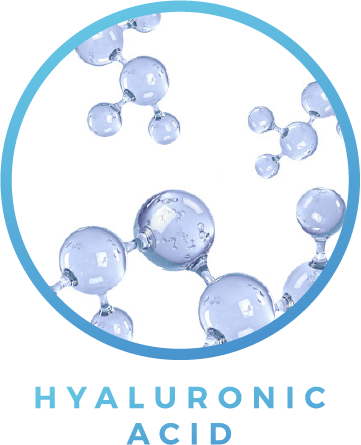 In one study, subjects who underwent knee surgery took a combination of 20 mg of HA and 400 mg of chondroitin daily for 90 days. They experienced improved joint function and recovery time.

In another study on 20 subjects with knee issues, daily supplementation with 80 mg of HA for eight weeks appeared to be effective for decreasing joint discomfort, improving physical function, and enhancing quality of life.

But there are 2 more you need to know about...

Sure, the 3 ingredients above are no brainers…

…but there are two more you really ought to be taking if you have trouble getting around, suffer from stiff or achy joints, or are dealing with joint related pain.

The first is Boswellia Serrata.

Those suffering from rheumatoid and osteoarthritis may benefit from boswellia serrata supplementation since it's effects include a reduction in inflammation, swelling, and joint discomfort and pain.

The second is BioPerine – which is an extract made from black peppers.

This is the magic sauce, because it helps your body absorb the nutrients listed above so that they can improve your joint health.

How I “accidentally” created the best joint supplement on the market…

When I accidentally stumbled upon this new research behind the real cause of joint issues, I realized that everything I’d been told up to that point was wrong.

Joint pain wasn’t just a part of getting older. I didn’t have to “live with it”.

Even better, there were specific ingredients I could take to help me feel like I did when I was younger.

So I got to work.

I spent over a year pouring over what the experts are discovering about the causes of knee and joint pain.

I wanted something that could actually FIX the problem.

So that I could work in the yard for more than 30 minutes without my knee “catching on fire”.

And take my grandkids on the same hikes my dad took me without telling them that “grandpa needed to rest.”

Not to mention take my own sons out to the golf course and show them that their “old man” still has a better drive than them (still working on my putting game though).

My Knee + Joint Renew supplement is a culmination of that research.

I discovered the exact mechanisms that the experts believe cause you to feel:

…and actually FIX them instead of just “masking the pain” with painkillers.

I’ve been taking this supplement for over a year and I feel better than I did when I was in my forties!

And I’m not the only one.

Jan W. had suffered from pain in her right knee since the early 2000’s.

But the idea of going under the knife was too much, so Jan explored alternative solutions.

Finally, after trying over 40 other joint supplements, she stumbled upon Knee + Joint Renew.

Here’s what she had to say…

“I have tried over 40+ joint supplements, all claiming to work wonders. I pretty much had given up but decided to give Knee + Joint Renew a try, along with the Optimizer supplement as it deals with acute inflammation. After under 2 weeks I have less pain, less swelling & have more range of motion. I am all most 70 years old so for those that are elderly I would encourage you to try these 2 products together the Knee + Joint and the Optimizer. I'm sleeping without the pain waking me up.”

To Jan’s point, I get it if you’ve tried a million other joint supplements and been let down every time.

So maybe you’re a little skeptical to give Knee + Joint Renew a shot.

Heck, you should be.

Which is why, for a VERY limited time, I’m going to put my money where my mouth is.

I’m going to toss in 2 extra bottles on me!

And I’m not stopping there.

After 3-months, if you’re not enjoying increased mobility and a reduction in pain or stiffness, let me know and I’ll refund your order.

…or it won’t and you’ll get a full refund.

But hurry, I’m only making this offer available for the next 48 hours.

If after 3-months you don't feel any better than you did before, let me know and I'll refund your order.